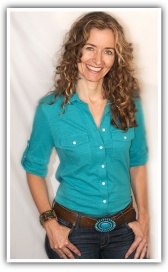 In honor of friendzone week, Smooth thought it prudent to seek opinion of a legitimate expert. Thanks to Dr. Hartman making a guest appearance here.

The Friend Zone refers to that place where someone you’re interested in likes you but doesn’t want to take the relationship to the next level. They may say, “I only see you as a friend,” or, in some cases, nothing is said – you’re friends and you wish it could be more.

What’s actually happening when you wind up in the Friend Zone? In a nutshell, the person you like doesn’t feel physically attracted to you, and only feels the emotional and/or intellectual attraction that sustains the friendship.

The Friend Zone is a place many men know well, although some women have experienced it as well. The reason it’s so much more common for men is that men and women differ in how they develop attraction. As I discuss in Changing Your Game, men typically feel physical attraction first, then develop emotional and intellectual attraction later. If he doesn’t feel that physical attraction, he’ll probably move on. Women, on the other hand, often develop physical attraction for a man AFTER she develops some other form of attraction to him. Thus, she can genuinely like a guy but not want to sleep with him. Because this doesn’t happen to men as often, they may get confused by her signals and think they have a chance with her. This isn’t ironclad, but it’s a common dynamic.

What To Do About It

The best way to handle the Friend Zone is to avoid getting in it in the first place. When you meet someone and get to know them, at some point someone has to make a move. You have to ask them out, then break the touch barrier by trying to kiss them or hold their hand. If it’s someone you’ve known a long time, you can have The Talk. Yeah, it’s awkward and risky. But better to feel awkward and know the truth. If she’s up for it, great. If not, move on. Avoid doing nothing and hoping it will all work out. It rarely will. Once you’re in the Friend Zone, it’s much harder to get out of it.

What if you’re already there (and hoping to change it), or you’ve developed attraction to someone you’ve been friends with for a while? Here, you have to get them to see you differently. Here are a few things to try:

Whatever you do, don’t stay in the Friend Zone. It’s not good for either of you. If you make your move and your quarry doesn’t return your feelings, respectfully move on.

Dr. Christie Hartman is a behavioral scientist, dating expert, and author of four dating books. A recovering academic and closeted nerd, Christie has refocused her overactive, analytical mind on unraveling the scientific and psychological mysteries behind dating and attraction.

AKA Dr. Intellectual Badass, she penned a book about dating men like Smooth. You can view all her books on Amazon here.

7 thoughts on “Guest Post: Staying Out of The Friendzone”