It is amazing how many woman avoid me like the plague because I have “separated” status. Hey–I understand. My status isn’t sexy. My status is full of buzz-killing pragmatic issues. We’re talking real-world crap that you’ll never see in a Disney movie. It isn’t fun. I get it.

So I understand a woman not putting me at the top of her prospects list. That makes perfect sense.

But avoiding me like the plague? –I don’t get that.

I am not going to win any fans with this, but my frustrations ran over this week, I vented on this poor woman who happened to email me at the wrong time.  My short fuse didn’t sync well with her closed mind. See conversation below. 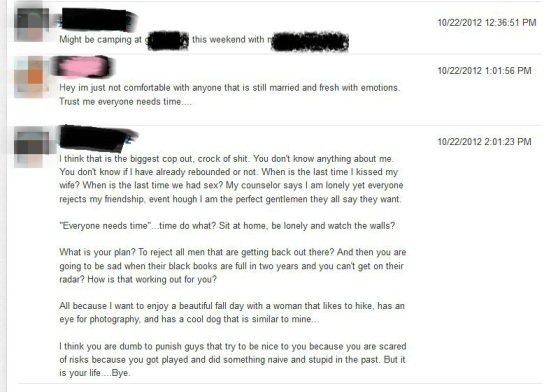 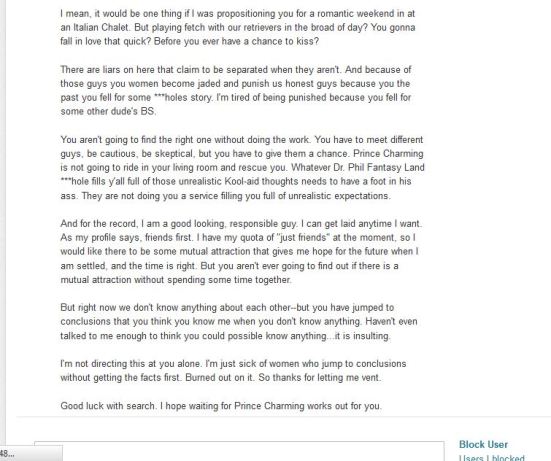 AM I OFF BASE?

Obviously I am an asshole for going overboard and venting on POF Woman #1 that harshly. Rude tone aside, do you think I am on target with my theory that these women have been burned in the past and are jaded towards all men now? So much so that they won’t even give us a chance?